I got an e-mail this morning from WordPress that I had a comment on “our” blog. I want to share it with you.

It was about a post I wrote about a Spitfire pilot…

There is a comment left in the comment section by Pilot Officer Mitch Johnston’s son to which I have replied. I wrote him  about how you and I met the first and only time around a dinner table in 2011.

Do you remember what I had told you on how this blog would evolve?

Now and then, I come across old images that have been filed away and forgotten. Two such images are attached.

You can use these two from No. 403 [Wolf} Squadron City of Calgary. They came from Lynn Garrison and were the early March 1941 Curtiss Tomahawk fighters.

Clarence Simonsen and I are passionnate about aviation. He is sharing these photos…

This was a draft post written almost 5 years ago. I still have 30 more draft posts left. This is post 741 honouring those who served with RCAF 403 Squadron.

Pierre, while I was doing some searching tonight for more information on Hart Finley, I came across this picture I took in 2007 at the Y2-K Spitfire restoration project Open House. We had 12 Spitfire pilots attend that year and this was one truck full.

Hart Finley at the back of the truck.

It was a great day to have so many Spitfire pilots in one place.

Found on the Internet

Hi Pierre, attached is a picture of NJ667 (the squadron Auster) in its original scheme which was completed a couple of months ago.

I had started posting in 2012 what Greg had sent me about his grandfather’s training days in the RCAF.

He had sent me lots of scans from his grandfather’s logbook and photo album. 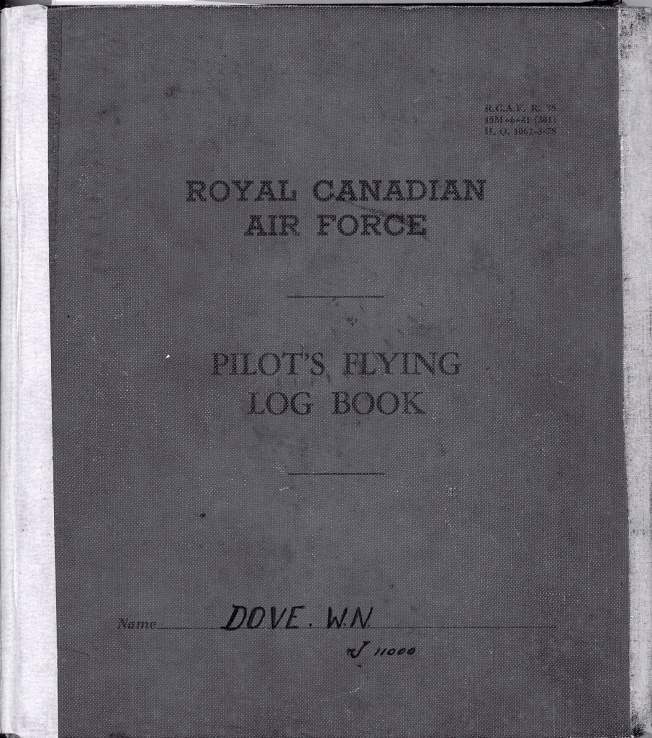 I said that more was forthcoming, but I must have been distracted somewhat and I forgot to post everything.

Since September 2011 this has been quite a long journey into the past of a young Canadian who enlisted early in the war. If I recall correctly Walter Neil Dove enlisted in December 1940.

I will have to ask Greg about it.

This is the inside cover with a good luck charm on the upper left.

This is page 2… very instructing! 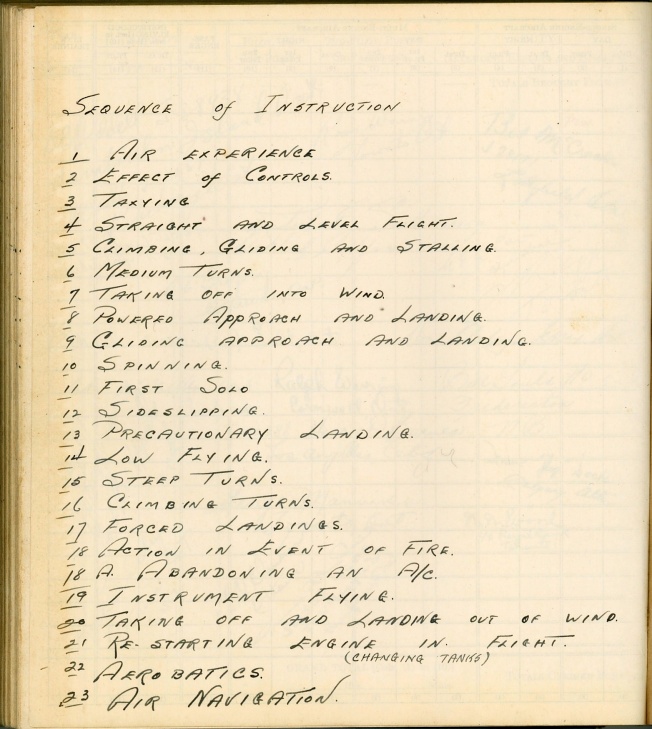 Walter Neil Dove came home unscathed on the Queen Elizabeth in December 1945 and he had something to prove it. 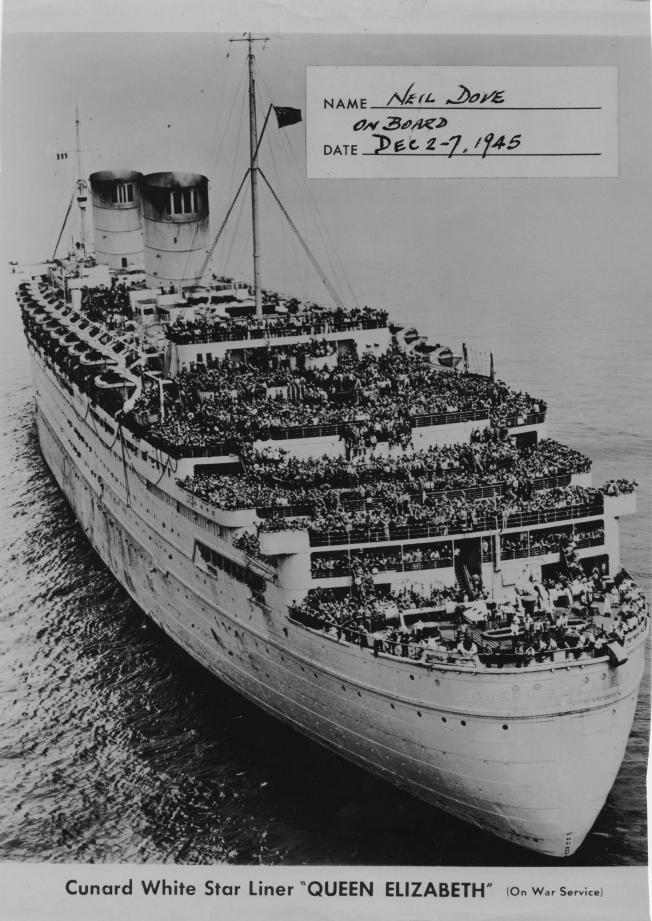 Many young men were not on board like Arthur Horrell…

Walter Neil Dove had some pictures to record this event… 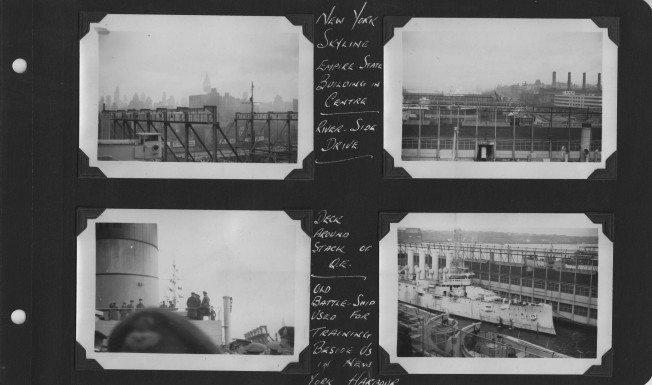 He had kept his precious logbook and all the pictures he took. His grandson Greg was generous enough to share all with me. I could have kept everything for himself but he did not.

This is how this blog started in September 2011 when I met Greg at his parents’ place.

I had told Greg I was going to take the time to check if everything he sent has been posted.

Wally, that was his nickname, was first stationed at No.1 Manning Depot in Toronto on July 11, 1941. 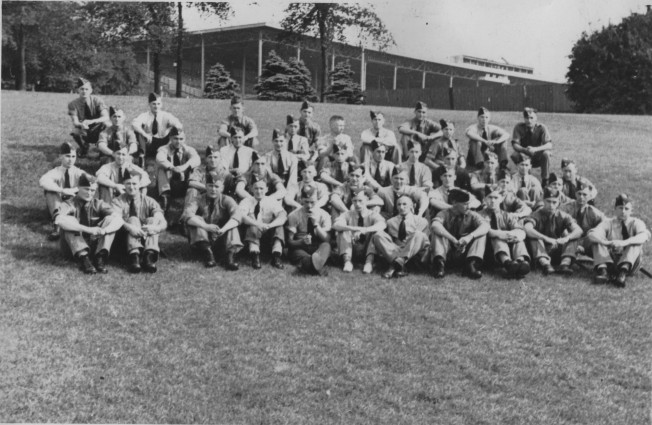 Germany had invaded Russia two weeks before on June 22, 1941. 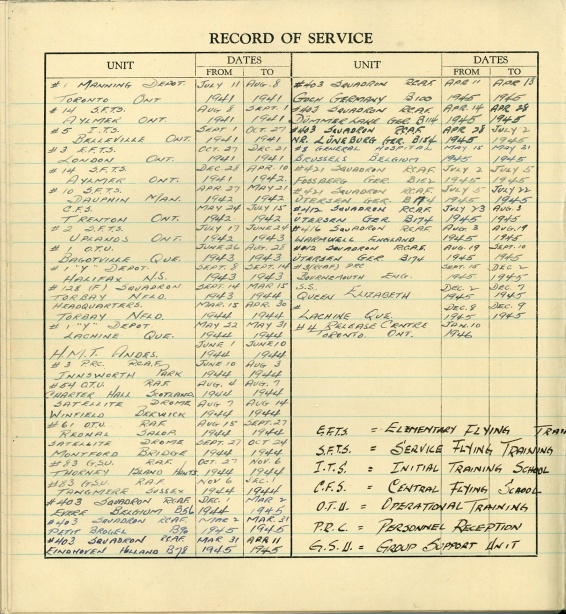 After Alymer, Wally was posted with No.5 I.T.S Belleville. Wally wrote the meaning of all the abreviations.

I.T.S stands for Initial Training School. This is where cadets were selected either to be pilots, navigators, or air gunners. 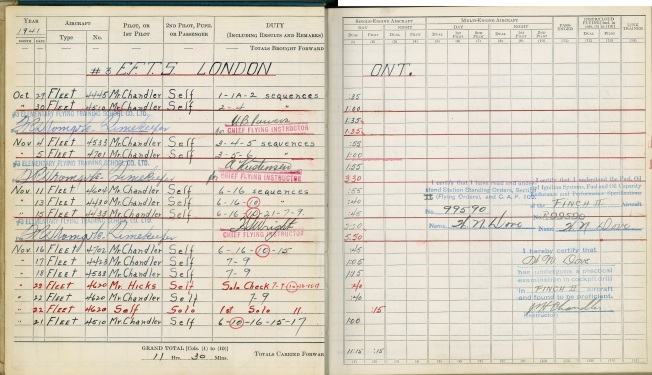 Flight Instructor Chandler was the one teaching Walter Neil Dove how to fly.

Maybe one day relatives of J. H. Chandler will find my blog and shared what they know. 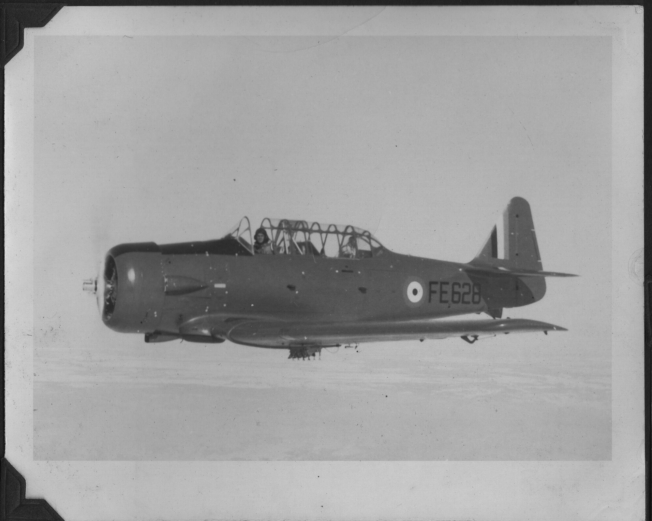 This Harvard was flown by an unknown pilot over Bagotville.

This is how I got it.

Greg Bell is Wally Dove’s grandson who shared everything he had of his grandfather’s war memorabilia. 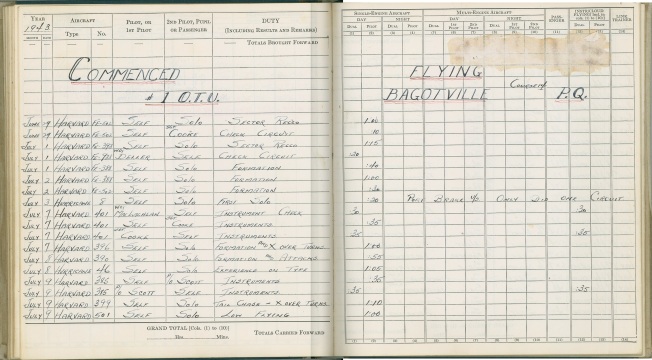 There is a lot of information on these log book pages. 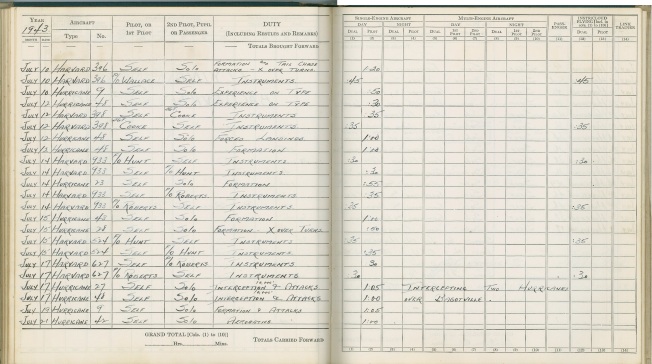 Wally Dove was not the pilot flying FE628, but I am sure he was the one who took that picture.

Think again.
See you  after Christmas.

This morning I found a message in my inbox. It was about my other blog on RCAF 443 Squadron…

I have some photos of J.A. Arsenault, my late father, including one taken shortly after the mid-air formation collision of September 1945. I also have a photo of Dad in his flight suit. Additionally, I have a photo of the page in my father’s log with the signature of H.R. Finley, certifying medals earned. I would be happy to share.

This is the two group pictures I posted some time ago.

These pictures where taken in March 1945.

I am trying to put some of the names with the right faces. What I like about Greg’s grandfather is his sense of humour.

He uses a lot of nicknames and he calls himself Moiself…

With a little French accent…

Buzz is on the right. I wrote about him so his story would be told and he would forever be remembered.

Gil Gillis from Pense, Saskatchewan, is wearing the German helmet.

Bob Young is behind Moiself who is picking his nose… 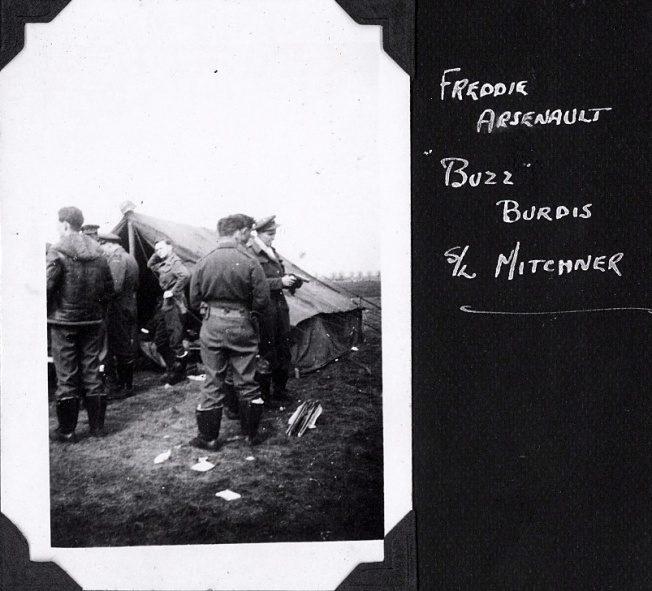 I wonder who is this Freddie Arsenault. This sounds like French-Canadian…

I can’t find him anywhere on the Internet except on my blog about 403 Squadron.

The camouflage of the hangar looks like it was taken in Fassberg.
Rheinmetall and Blohm &amp; Voss were at the End of 1944 in Fassberg for tests of the Bv 246 gliding bomb with the Fw 190A.

Here is another photograph from my father George White’s collection. It was likely taken in Schleswig Germany.

This aircraft was rather unique. It was powered by Jumo 207 diesel engines, had a pressurized cockpit and was capable of flying up to 50,000 feet.

These 2 stroke diesel engines had 6 cylinders, 12 pistons and 2 crankshafts and no combustion chambers. Combustion is achieved between the domes of 12 horizontally opposed pistons.

This is indeed a very interesting configuration for an aircraft engine.