Pat is writing a story for us on this blog.

He is going over it right now so it will be just right.

Pierre, I’ve cranked out about 1600 words tonight to tell the wonderful story of the Smith brothers. I have picture and details about a recent book that has been written about the mystery of the Malta Spitfires and I think you and your readers will enjoy what I have put together. It will take me till Tuesday night to get it ship shape then I will send it to you, Hope that is ok with you. I know it’s not a 403 Squadron story but you might want to share it with you readers.

I’ve sent you a picture of the Smith brothers, save it, That’s Rod on the right, Jerry on the left

While we are waiting for his story about the Smith brothers, here is another  picture of George Aitken’s Spitfire on display at the museum.

Pat also sent me these with a message.

JEFF  is Jeff Northcott as Wing Commander of 126 Wing

I have other pictures but want to write something special tonight about the Smith Brothers. It is a compelling story of two brothers that met in Malta and flew together, one survived the War and one did not. They were united once again by a Spitfire and I need some time to obtain the details for you. I have built models of both brothers Spitfires and they are side by side in my display. Jerry Smith was killed in Malta and his brother Rod Smith went on to fly Spitfires in Normandy after surviving Malta and lived in Vancouver, the story of how they were united in remarkable but I need time to get it right.

I love what you sent me today, you do good work. 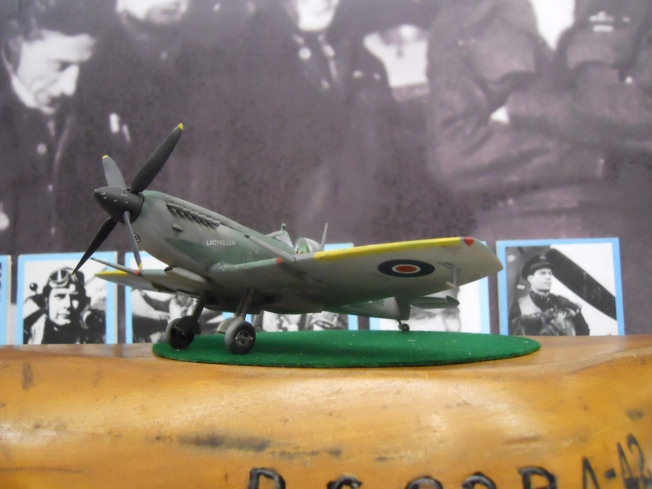 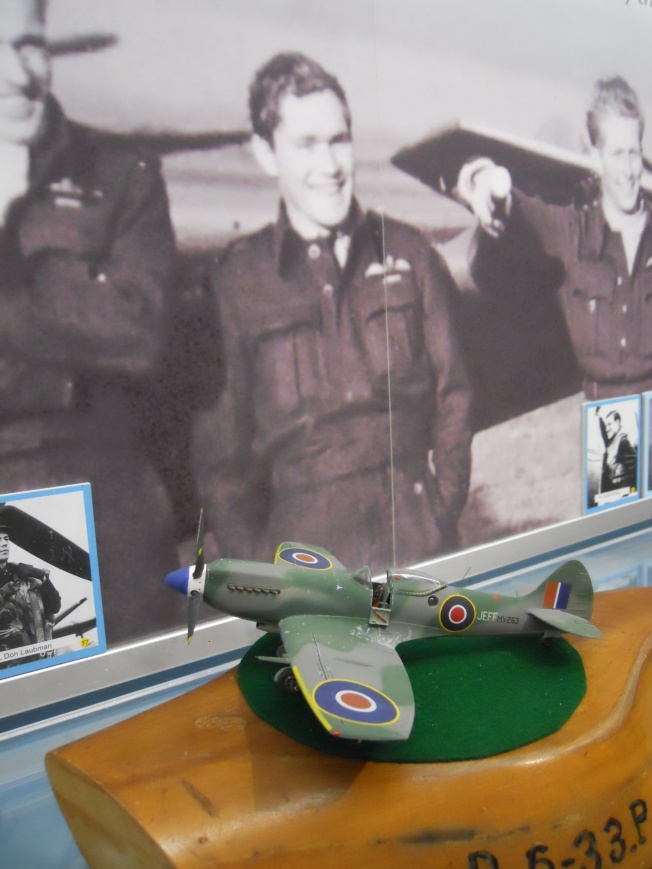 JEFF  is Jeff Northcott as Wing Commander of 126 Wing

This one is for you Judy…

Dean Black started this little quiz last year… the KH game. It was a way to find all the letters of the alphabet with the KH code.

Now we have someone who is sharing what he knows about Spitfires.

Pat Murphy wrote a comment on Easter Sunday and then the throttle on this blog opened wide. 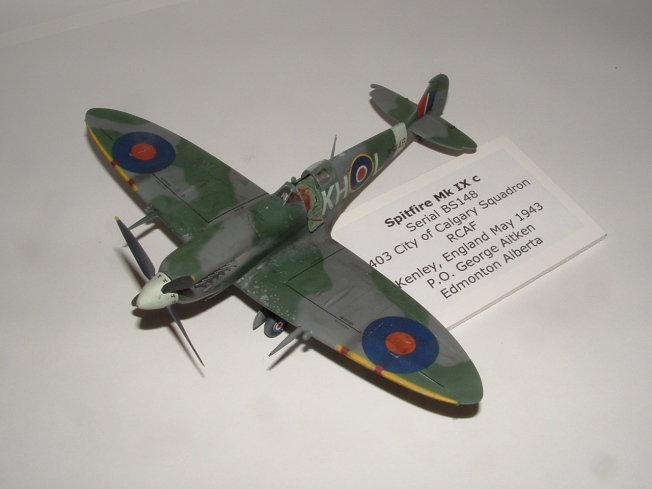 I am used to this on this blog and on my others blogs. How it all started is quite interesting.

It started with the story of a Canadian destroyer sunk on April 29, 1944. I had never heard of it before even though I thought I was quite knowledgeable about WWII when I started getting interested in WWII in 1958 as a young boy coming from school. The blog Lest We Forget and its French version led me to meet Georges Stewart virtually and later in person.

While staying at a B&B in Hamilton I met a young man whose grandfather was a Spitfire pilot.

This is how this blog started in September 2011. Now, a new chapter opens up with Pat sharing what he knows about Spitfires and pilots who flew them.

He sent me lots of stuff since Easter Sunday. I did not know who Pat was before he wrote a comment.

Pierre, I very much enjoy your 403 Squadron information, do you have an email address so that I can provide some information to you. I have searched your website for your contact info/ email and can’t seem to find it. I have a Canadian Spitfire display in a museum here on Vancouver Island complete with some 403 Squadron Spitfires that you might find interesting. Recently I’ve included a Spitfire flown by Doug Lindsay of 403 Squadron to the display. I met Doug at his home in Red Deer Alberta a few ago when I was having him sign some limited edition aviation prints for the Y2-K Spitfire restoration project. Doug provided me with the details for his model Spitfire when I called him a few weeks ago. The display also features a model of George Aitkens Spitfire, George provided me with his details as well.

When you don’t know someone they in fact don’t exist. 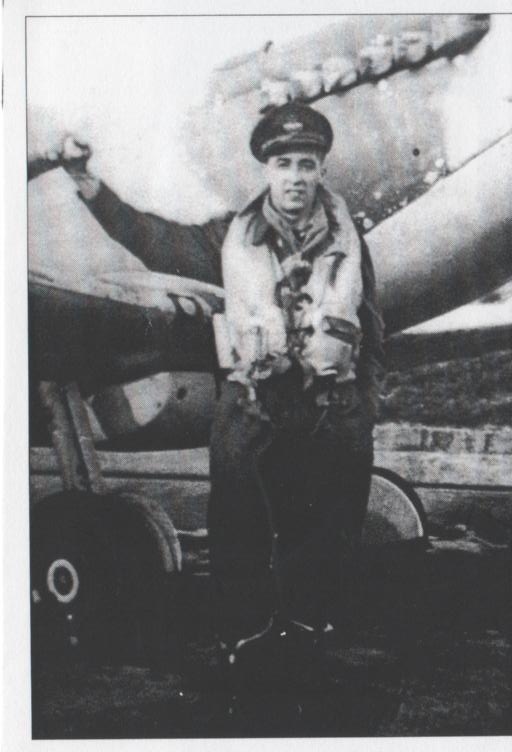 Or this pilot’s Spitfire…

George Aitken is not a little known Spitfire pilot anymore.

George is much much more…

And what about that model airplane of KH-L?

I forgot to mention the details behind the reason George Aitken had roundels on his wheel covers. He was visiting an American bomber base at one time and he noticed that some of the bombers had a large star painted on the wheel covers of the bombers, George thought it looked good and when he returned to his own base he mentioned it to his ground crew. The next few days were very rainy and all operations had been cancelled. When opps went back on he noticed that his ground crew had painted the roundel on the wheel covers of his Spitfire, I believe it was the only RCAF Spitfire to wear such markings. When George saw the markings applied to his model he was most pleased.

I will always remember the day a 10 year-old boy stopped on his way home from school and looked mesmerized in front of a display window of a men’s store. That was in 1958 on Jean-Talon Street in Montreal.

I will always remember the model airplanes the owner had put on display. The 10 year-old never looked at the men’s clothes, but he still can vividly see the airplane models in his mind… Lindberg B-17 G, Martin Mariner… but he does not recall seeing a Spitfire.

A name he would remember because his brother built a model the same year. The 10 year-old built a F-86 Sabre.

He never built another Sabre… but went on to build more than 300 or so model kits.

Three or four were Spitfires: Monogram’s Mk IX, Revell’s Mk II, a Mark V, and a large 1/32 scaled model of a Spitfire made by Revell. He has not built another one since.

That little 10 year-old is now 64 and has 50 or so unbuilt model kits. None is a Spitfire, but he has a new grandson.

He’s only 16 months-old. Too young to use plastic glue. Why am I telling you all this?

It’s because of this…

I will tell all tomorrow.