You won’t find this story anywhere in a book about Spitfire pilots who flew off H.M.S. Eagle during WWII.

Bruce McNair just wrote this after I posted my article about H.M.S. Eagle. It tells a lot about his father.

It has been said before but it is right to comment here that HMS Eagle brought a group of dedicated pilots to Malta that, with the unflagging support of maintenance crews, ground support and the Maltese civilians putting their shoulders to the grindstone, won the war in the Med. They knew the odds when they embarked on the Eagle.

Dad was very fond of Malta and continued to buy Maltese Sweepstakes tickets from the same guy he met during the seige, for decades after the war.

He paid a final visit to his old haunts the year before he died and was quite content he done so.

This is why I write this blog and let others share what memories they have. 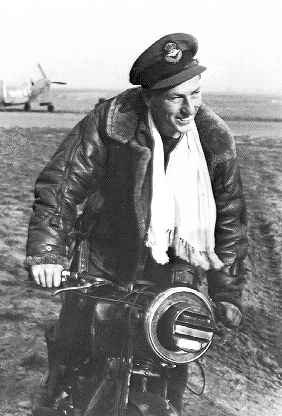 The talk around the barracks and the messes was all of volunteering for overseas. In mid-December given the opportunity to volunteer for service in the Near, Middle and Far East, all pilots submitted their names. At this time the situation on Malta was becoming grim. The tiny island was a major thorn-in-the-side of the Germans as it lay astride the resupply routes from Italy and Sicily to North Afica. Malta was the perfect location to stage interception raids on Axis ships trying to reinforce General Rommel in Cyrenaica. The Luftwaffe were committed to crushing the RAF and their means of living on Malta with the eventual aim of invading the island. The RAF brass wanted pilots with either experience or a proven ability to destroy the enemy. McNair, amongst others, was chosen to go to Malta. They were shipped out on a long-range Short Sutherland flying boat.

(Source of text and image)

Click here to visit the Webpage where more if found about Canadian Aces.