A reader sent me this picture.

It was destined to end up in a dump.

Ken saved it for all to see.

I got more to write about after my two-hour visit with Flight Lieutenant Dennis Connolly my new found Spitfire pilot. 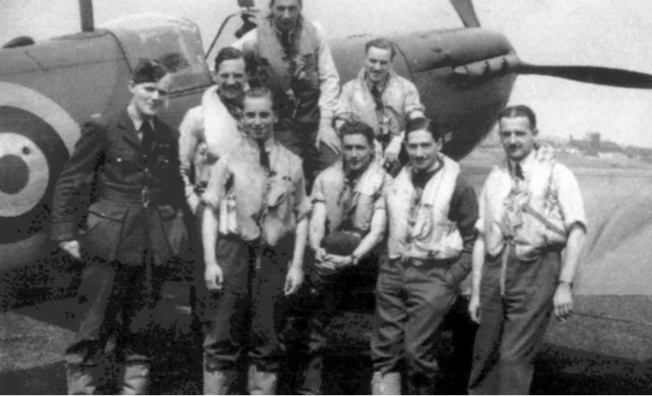 I found out he was posted with 411 Squadron after his posting with Treble Two what they called 222 Squadron. After 411, he was sent to No. 1 O.T.U. in Bagotville. After Bagotville, he was sent to RCAF No. 163 Squadron at Sea Island and ended up at Patricia Bay.

Formed as an Army Co-operation unit at Sea Island, British Columbia on March 1, 1943. The squadron flew Bolingbroke aircraft on West Coast photographic work and Harvard aircraft in close air support training for Canadian Troops at Wainwright, Alberta. Converted to Hurricane aircraft in June 1943, and redesignated Fighter squadron on October 14, the unit re-equipped with Kittyhawk aircraft and was employed on West Coast air defence until disbanded at Patricia Bay, British Columbia on March 15, 1944.

Everything is in his precious logbook.

One thought on “One more for Doug Orr”