When I first met Dennis Connolly, I told him I had pictures of RAF top ace Johnnie Johnson.

To my surprise, he told me he flew with him.

So I sent him some pictures Greg had of Johnnie Johnson that were in his grandfather’s photo album. 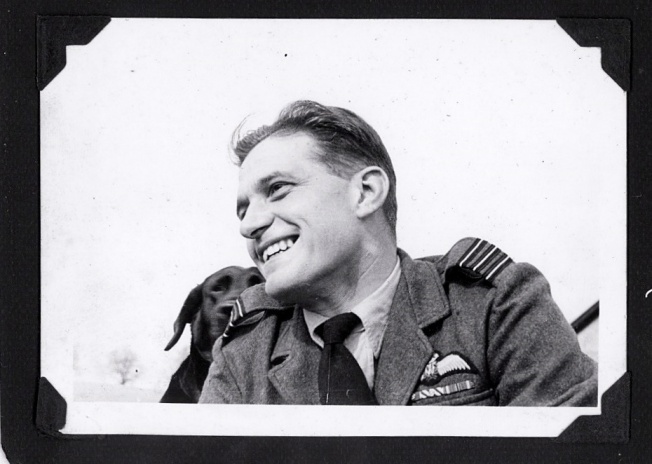 Then I found this information…

Spitfire Mk XIV was the most important Griffon-engined Spitfire. It was powered by a 2,035hp Griffon 65 engine based on the Mk. VIII fuselage. Given its superior performance, the Mk.XIVs were used extensively to intercept the high speed V-1 flying bombs from Germany. In the European continent the aircraft was mainly used as armed reconnaissance searching for enemy targets. Probably one of the best-known fighters of WWII the Spitfire had a big psychological effect at home and in Germany. With its great performance the British were given hope of surviving the Battle of Britain and the German pilots learned to respect its fighting capabilities. It wasn’t the workhorse the Hurricane was but the great handling capabilities along with its great looks made the Spitfire a WWII icon. The plane was also used very successfully in a reconnaissance role and was the only Allied fighter in production for the entire WWII years. The Aircraft The RAF code-name for the V1 rocket was “Diver”. With a total of 13.5 Divers destroyed by him, No. 91 (Nigeria) Squadron pilot Flt. Lt. H D “Johnny” Johnson was one of the most successful V1 Spitfire pilots. This Johnson isn’t to be confused with James Edgar “Johnnie” Johnson. H. D.’s first victory was shared on June 23, 1944. The nose art on this Spitfire XIV RB188/DL-K displayed a very colorful drawing of a nude red-headed woman named BRÜMHILDE riding a V1. RB188/DL-K was also used to add to the total victories of ace Flt. Lt. Ken Collier and ace Flt. Lt. Jean Maridor. Later this aircraft served with 130 and 350 Squadrons on the Continent and post war was transferred to Thailand. 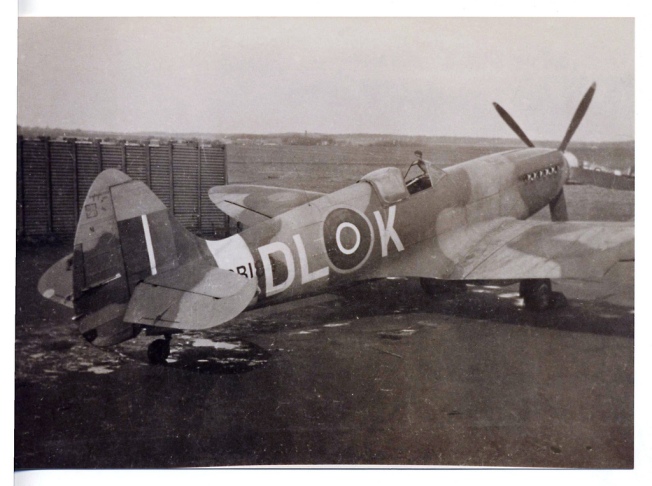