This is part of an article Dean Black wrote back in 2002 on Airforce Magazine.

If you read the caption on the left side the name of Pilot Officer Gordon Hoben is mentioned.

This is the pilot I want to pay homage to by using Dean’s article.

He gave me the green light.

The story is most revealing as it shows how all the airmen who flew during WWII felt the fear but had the courage to press on even in the face of certain death.

In memory of
Pilot Officer
GORDON FRANCIS JOSEPH  HOBEN
who died on July 11, 1942 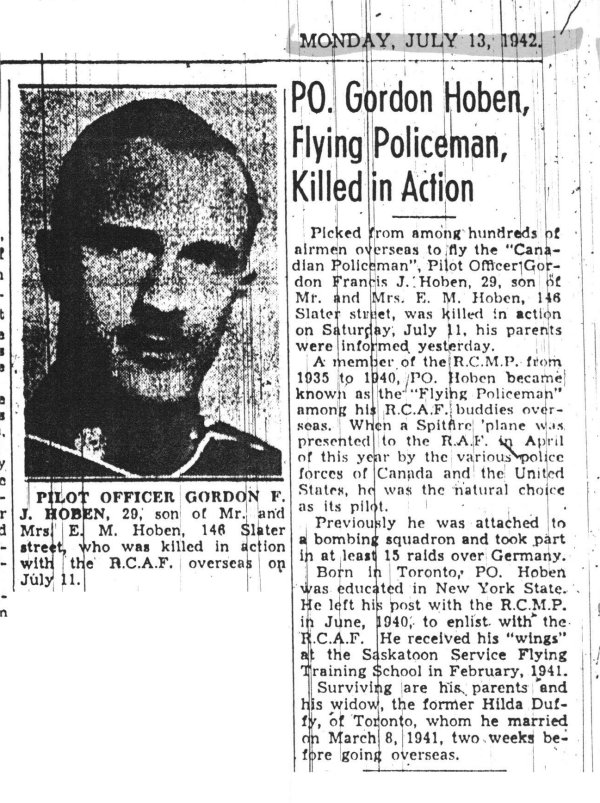