Colin sent me this message.

He had some very interesting information to send along.

I’m sending you a couple of pictures and some scans of papers that my grandfather has been keeping.

There is a photo taken of him in September 1944, just after my father was born in Cambridge.

There is a scan of a group photo from the Neil Dove collection that was published in a magazine in the 1970s.  It’s more formal looking than the ones you had posted on your blog. 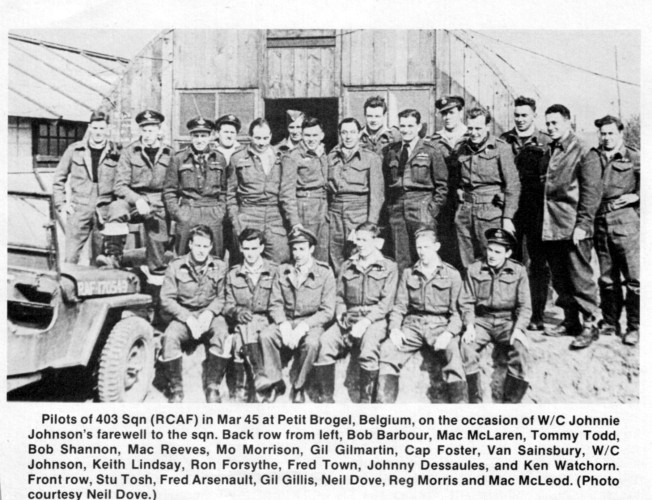 My Grandfather had a book that he lent to someone, but lost track of.  The one thing he has from that book is a photo copy about the history of the 403 and all the planes with serial numbers. 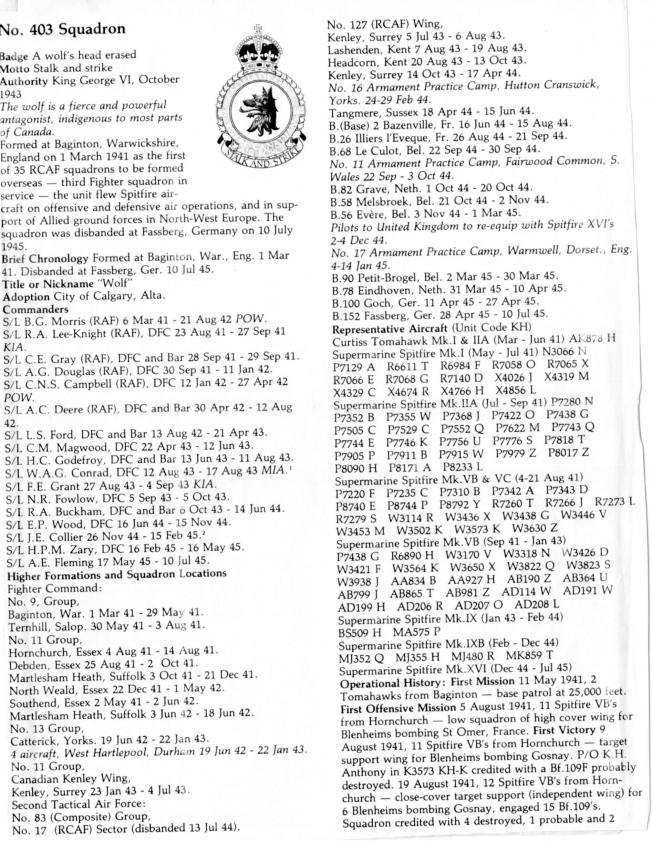 There is a list of all the types of planes he flew.

I’ll send these in a couple of emails so it doesn’t get too big.

I printed out a number of the stories for him to read.  He really enjoyed them and added some other details that were not included.
He said that the reason that Tegerdine crashed onto the roof of the building was due to them using a new type of fuel that blew out the engines.  He told me about one time when he was loaded up with 250 lb bombs under the wing, the electrical system wasn’t working properly so he had to pull a cable to release them.  Unbeknownst to him, one of the 250 lb bombs was still loosely attached to his wing.  As the electrical system wasn’t working, no one could inform him on the radio.  He came in for a landing as usual and the bomb fell, skidded and bounced along the ground for a ways when his wheels touched the ground.  Fortunately it was a dud.  He said the people in the control tower were quite concerned…
Colin

Photo of Ron Forsyth on a new plane. A replacement after his previous one was shot up.