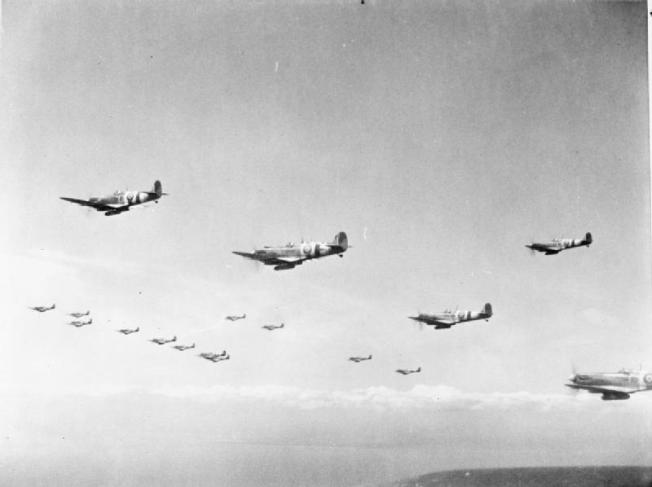 Supermarine Spitfires Mark IXs of No. 66 Squadron RAF based at Bognor Regis, Sussex, flying to Normandy to provide a cover patrol over the beachhead. The aircraft mounted two patrols, between which they refuelled at an advanced landing ground in France (note the long-range fuel tanks under the fuselage), before returning to their base airfield. Source IWM

I see no Spit IXCs in his logbook after he joined #403, they are primarily Bs.

Michael also sent me these pictures. 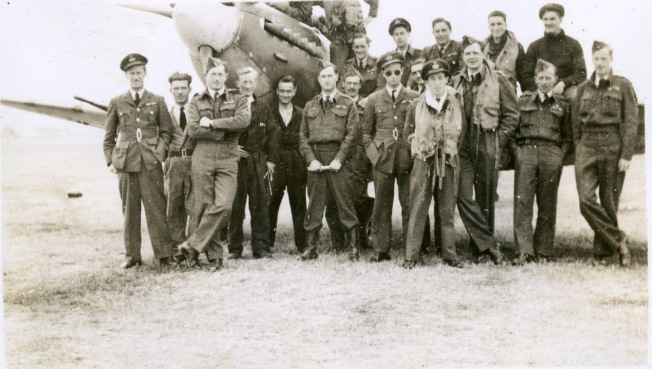 As well as this one…